A favourite book of mine is “The Keeper of Lost Things” by Ruth Hogan. It begins with a man losing two precious things. The first is his fiancé to a road accident. The second is a gold medallion that his fiancé had given to him, that he promised always to keep, but it slipped out of his pocket.  For a while he hides beneath the bedclothes and won’t reconnect with life. Eventually he begins to collect lost items – a button, an umbrella and a jigsaw puzzle piece. He fills up the shelves and the drawers of his study with the things he finds making a careful note of when and where he found them. He intends to find the owners and reunite them with their last property. 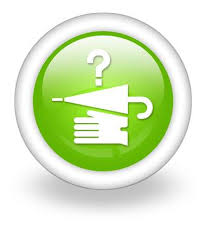 The first “lost” in the title is a scarf. It was Saturday it was lost. It wasn’t really lost as I knew where is was. I’d left it hanging over a chair at The Alleycat. I could have retraced my steps. I’d barely got to the end of the alley when I realised I wasn’t wearing it but there was a bus to catch.

The first “found” is that same scarf. I was swapping busses. The 1B for the number 3. Monday is one of the days I need to be on campus and the number 3 gets me there. I took a turn down the alley to see if The Alleycat was open. The proprietors were just locking the door. It’s not a day when the café is open to customers. I asked them about the scarf. It was retrieved and returned.

The second “lost” is my umbrella. To be honest, it’s no great loss. What is interesting is the conversation I had at the bus stop. It was a wet day. It was also a windy day. The woman at the bus stop had decided not to take a brolly. Inevitably they blow inside out, or they broke. We reminisced about good brollies lost. The brolly I was holding was broken but functional. The first time I bought it, in a sale, the wind whipped it inside out and broke a spoke. I left the brolly on the number 3 bus.

The third “lost” is the scarf. Yes, the same scarf that I had collected from The Alleycat was left behind in a different café. The café was over the road from the bus stop. I wasn’t planning on going in, but I needed a bathroom. It was a good half hour before closing time and the two ladies were really busy wiping tables, mopping floors and putting cakes away. I’d put the scarf and the rucksack on a table, disappeared into the bathroom, emerging with the intention of buying a cup of tea. They looked like the last thing they wanted was to make me a cup of tea, so I left, leaving the scarf behind.

The final “found” is the scarf, yes, that same scarf I had left on the table. The café was closed. The door was locked. The chairs were turned upside down on the tables. The two ladies were putting on their own scarves. I knocked on the window. Very kindly, one of them unlocked the door and handed the scarf over.

You might like to know why I was happier to part with the brolly, but not the scarf. It’s not as if it’s the only scarf I possess. I bought one the other day – a cold day. I’d popped into a shop. There was a voice in my head that said, “You can knit a better scarf than this at a fraction of the price!” My answer was, “Yes, but not in the next five minutes I can’t, and I’m cold now.” The scarf could pass as a Hogwarts scarf.

The scarf lost and found, lost and found again, is soft purple with strands of silver thread knitted through. It has an emotional tag. When mum died and we began packing away her things, a friend told us to take something for ourselves, something to remember mum by. I took the scarf. It was her colour. It was a worn scarf, not a scarf hanging in a wardrobe. It is my worn scarf now. It doesn’t matter that it doesn’t coordinate well with the things I’m wearing.