It all mostly menopausal and in ten years time I shall be fine no doubt! I don’t know how I turned out to be such a fussy sleeper. I spent my formative years sharing either a bed with my sisters or at least a room packed with two sets of bunks.

I need the room to be entirely dark. Any gaps in the curtain that allow splashes of light on the walls drive me nuts!

I need the room to be insect free! I can cope with a spider on the wall, but not on the ceiling. I read somewhere – yes, the dangers of teaching someone like me to read – that spiders walk across your face while you are asleep! I freak out when there is a daddy long legs, that’s crane fly to you, in the room. It is the wispy nature of the legs that frighten me. I am sure that they are waiting until the light goes off to flop on my face! It happened once!

I need to be quite cool. I can’t sleep when I am hot. Strangely enough it is just the one leg that gets overheated. I had a DVT some years ago and it had left the ankle and calf looking bruised and discoloured. It is that bit of that leg that heats up and itches!

Finally I need quiet! I don’t have ears that accept earplugs readily. When I was younger I used to find comfort in the rumble of the immersion heater in the cupboard of our bedroom. I was convinced that there was a lion in the cupboard and as long as the lion was roaring, I was safe. Once the immersion heater switched itself off, the lion was sleeping and all manner of crocodiles swam under the bed! What an imagination! I wish the rumble of my husband’s snoring as a comfort! Bless him, he gets nudged and pushed and prodded, told to turn over and face the other way. I don’t know who is more relieved when I go and find somewhere else to sleep – him or me? In a hotel there is nowhere else to go!

I am glad that research seems to show that as we get older we need a lot less sleep. I find that encouraging as I am getting a lot less sleep than I would like!
Posted by meljkerr at 5:07 pm No comments: 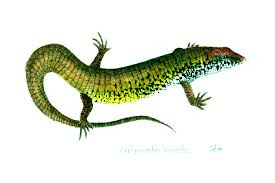 It was a busy weekend in Glasgow. Someone said that Daniel O’Donell was in town which might explain it! We spent hours on the internet trying to book somewhere to stay, having left things to the last minute as usual. We ended booking a hotel that overlooked Queens’ Park.

Seeing as we were that near, and there was a Farmer’s Market on near the entrance, we decided to “do” Queen’s Park. Glasgow is not called the “dear green place” for nothing! We took a stroll around the park and visited the glasshouse. It is a huge greenhouse with subtropical plants and fish and things.

One of the exhibition rooms is dedicated to amphibians, spiders, little furry animals and birds. While Joe tried to hold a whistled conversation with a mina bird I pushed my nose up against the glass walls of the various lizards and things. Some were very easy to spot. Others had me just about convinced that there was nothing there. There was plenty lot of grey sand, grey stones, a plastic skull and couple of insects crawling up the side of the glass, but no skink! Another exhibit had a mass of green branches, but the chameleon was well camouflaged! It was like “Where’s Wally?” except you know for sure that Wally is somewhere on the page, but less convinced that there is a skink in the tank!

The last time we were down in Glasgow, we had the chance to walk around Tollcross Park, near where Joe used to live. He was lamenting that the council had let things slip over the years. There was, apparently, so much more to see and do in the good old days. It came as a surprise to discover a section of the park given over to farm animal – sheep and goats and llamas! It would appear that there had been a re-investing in the park – with flower beds and picnic tables. A baseball team was limbering up in one corner of the park, but apart from that the park was almost empty.

It comes as no surprise that we are told that our children are overweight and unfit. Where are they? Not out in the parks kicking a ball around, but sat in front of computers or televisions.

Who am I to point the finger? I have been wrestling with Weight Watchers for over a year! I certainly did not put on my weight by running around the field, kicking a ball!
Posted by meljkerr at 4:38 pm No comments:

The last brick in the wall

I have had a very chequered church history. My upbringing was Roman Catholic, my moment-of-salvation, I suppose, was Plymouth Brethren, a lot of my student life was spent in the Methodist Church, then it was back to the Plymouth Brethren for a while, until my planting into the Charismatic/Pentecostal/House Church movement.

Two of the years spent in the Methodist Church happened in the early eighties. I had my first teaching job in north east London in Walthamstow. I lived in Chingford and was very involved with the youth group at the Methodist Church. They were less hostile to women ministers and someone suggested to me that I might like to train to become a Methodist minister. At the time I was totally focussed on teaching and only a classroom would do – and only a primary one at that, although I was teaching in a secondary school at the time.

The brethren Church in Cyprus had a different attitude to the role of women. They took Paul’s comments literally that women were to be silent in church, and not to be given authority over a man. I found it difficult to say the least – part of it being that I had a theology degree and knew a lot but wasn’t allowed to say anything! As a teacher I have always been a good communicator, but in the church environment I kept quiet.

The church drummed into me all the Bible teaching of the place of women in the church. Eve was portrayed as deficient in some way. She had been deceived by the serpent and because of that women on the whole were labelled as easily led astray, gullible and incapable of exercising leadership.

I just accepted it, although I had read enough about the debate that I knew there were other ways of interpreting the various passages. In some ways I took a very back seat and passive role in the church. There was no avenue to share my insight. I went to Bible studies and prayer meetings and didn’t vocally participate! I listened and I learned and I thought a lot, but I wasn’t allowed to say anything. I wasn’t quiet on the inside – I wanted to speak. God was doing something inside, opening up His word and I was getting revelation, but I couldn’t talk!

Well, what is inside has a habit of spilling out sometimes! I couldn’t help myself! So often I sat in a meeting with my hand over my mouth trying desperately to keep it all in. All it would take would be a question from the front – “Has God been good to you?” and the floodgates would break open. I knew I was supposed to keep silent – but I just couldn’t! I didn’t want to break the rules, but my spirit wouldn’t let me stay silent. I left the church because I could see that my behaviour was undermining everything they believed about silent women.

The Charismatic Church was the opposite extreme. I had freedom to say what I wanted, but I was wary of the freedom. It had been drilled into me about keeping silent and even though I had the freedom now I hesitated. I was worried that I had inherited this propensity from Eve to be led astray. I didn’t trust that my words were not seeped in heresy and error. I distrusted that I could hear God clearly – because Eve was deceived!

Although I was encouraged to take on leadership roles, the responsibility hung heavy – not because I wasn’t capable or gifted or even called to do what was asked. I worried that I was building a shaky foundation in the lives of people in my study group.

In all the debates going on about the role of women, and ordaining women ministers, I have never really come down on either side of the fence, but swung my heels sitting on the fence. I don’t want to disrespect any woman that is called to ministry – who am I to say she is not called. I think that Dawn French in “The Vicar of Dibly” has portrayed such a positive image. I was glad to be in a church set-up where I didn’t have to face the question of women elders or leaders.

The boat was sorely rocked a few years ago when our apostle talked about his changing perspectives on the role of women. Suddenly it was there! The possibility of a woman elder! There are women leaders in every arena in the world – but the church? Our church? I thought my only option, should it happen, was to move churches.

The wall I have built up has been slowly dismantled. I just can’t maintain my distrust over women leaders. Part of it is due to a wonderful woman that I meet for Bible study each week. She demonstrates wisdom and insight in the word. She has compassion and kindness. I trust the word she speaks. I try to follow to advice she gives. I am more open with her than with anyone else I know. She is not flighty, or given to mood swings. She is truly a woman to aspire to be.

The final brick in the wall fell on Thursday night at a Bible study. We were looking at the story of Adam and Eve. Four little words have changed my perspective on the story about even being tempted – “Adam was with her.” I always thought eve was isolated and on her own. Under the serpent’s grilling she lost her footing and, yes, she allowed herself to be convinced of something other than the truth. I always thought Adam was a million miles away and unaware of her conversation. I thought that once she had eaten the apple, she set out to search for Adam to “drag him down to her level.” That he was standing right next to her all the time appalled me! He watched. He kept silent. He did not intervene. He did not correct the serpent’s lies. He did not protect Eve. He just stood beside her and let her fall!

Maybe I have got it wrong! What I had been told about Eve kind of almost paled beside what I read about Adam. Neither of them did the right thing. Eve is no worse than Adam. One of them does not come out of the story better than the other – they both ended up naked and ashamed. They both hid.

Where that quite leaves me in my views about women leaders, I am not entirely sure. Not hostile! Not out to look for another church! More ready to embrace the leadership role I have been called to with more confidence.
Posted by meljkerr at 7:01 pm 1 comment: