There are days, hard days, when the slog has worn me down and no kind of chivvying moves me forward. The head prescribes a kick up the rear end and sometimes the head gets it right. There are other times when what is needed is for me to be kind to myself.

Lockdown has been three months. The only flesh and blood face I have seen is my husband. I challenge anyone living through lockdown to be always cheerful and optimistic. Even my singing-in -the-morning husband who is not having to deal with busses and taxis to get him up to work on a morning, who no longer gorges on fish and chips and take away curries, who gets to bed at a sensible hour – even he has his off moments.

In these grim days kindness to self goes a long way.
I have been working through some exercises in a creative writing book by Julia Cameron. There are two or three pages to read followed by a “try this” challenge, Yesterday’s pages were about kindness, not towards others which is a given, but towards self.

Julia suggested writing a list of ten things to do where I’m being kind to me.  Going for a walk isn’t so easy these days. It’s not being kind to myself always having to plan for a toilet stop somewhere. It has come down to judging the depths of bushes to see whether I am concealed enough to do the business without prying eyes.

I have done one of my suggestions – I bought a girly mag to settle down to read with a cup of tea. The tea was freshly brewed from mint leaves from the garden. It’s an interesting and very fresh taste. I also wrote a letter, another item on the list.
Being kind to myself is recognising that there are days and seasons when it is hard to get the act together. I hold myself to some very high standards. My expectations of myself are not unrealistic, but they are relentless. There never gets to be a clean slate to begin my days. Rather than haranguing myself to get things done, there are times when kindness gets me further along the road.

I sat with God on this one, asking Him if being kind to myself was being too soft, and letting me get away with things I should be doing. In His wisdom He suggested that I write the to-do list in chalk and at the end of the day simply wipe away the things I didn’t do. I can’t point to a Bible verse that says, “Scrawleth thy to-do list in chalk”, but there must be a truth there that applies. Very often when we think of the fruits of the Spirit, we think they are about how we treat other people, but they are also about how we treat ourselves.

“But the fruit of the Spirit is love, joy, peace, forbearance, kindness, goodness, faithfulness, gentleness and self-control. Against such things there is no law.”  (Galatians 5:22-23)

Kindness is in there, and gentleness. Forbearance or patience in in there too. Perhaps if we are not kind, gentle or patient with ourselves, the kindness we express to others is missing something.
Posted by meljkerr at 2:07 pm No comments:

Who likes to have the last word in an argument? I boldly put up my hand. I wouldn’t say that I do so with pride.

There was a time, way back in my teacher days, when I got involved in a spat with a pupil. I think that we have both gone beyond the point of reasoned argument. It was all about getting the last word and neither of us was about to surrender. I don’t remember what it was about, or who won, but I remember afterwards, when the pupils had left the class, one pupil remained behind. Her name was Katherine and she helped me with running the Scripture Union.

“Wow,” she said, “That was a wonderful spat! You, and he, were magnificent. You just wouldn’t let him have the last word, would you? Would it have hurt that much to walk away?”

And there you have it! God’s word spoken from someone much younger than me who I was supposed to be mentoring. It was not the best witness, but I remember it and times when I desperately want that last word, Katherine’s words come to mind.

I have been reading my way through the life of Elisha. There has been a famine. It was a bad one. There had been a lot of ugliness. If you want to find out what is in the human heart just put people through a hard time. What is in the heart will come to the surface. The king was on the brink of surrender. Elisha brought comfort and assured the king,

“Hear the word of the Lord. This is what the Lord says: About this time tomorrow, a seah of the finest flour will sell for a shekel and two seahs of barley for a shekel at the gate of Samaria.” (2 Kings 7:1)

It did not look as if it were possible. The king was leaning on one of his officers, who voiced his doubt.

“Look, even if the Lord should open the floodgates of the heavens, could this happen?” (2 Kings 7:2)

God doesn’t have problems with people speaking out their honest doubts, but this was not what the man was doing.  It wasn’t genuine perplexity about the impossibility of it, it was mockery. He was pouring contempt into every word. He was saying God was not powerful enough to do such a miracle so swiftly. Food falling down from heaven was God’s only option because they were surrounded by the enemy – as if He could do that. Elisha was talking nonsense.

The officer’s words spoken were not part of a private conversation between him and Elisha. They were spoken in the presence the king and in the hearing of however many people were standing nearby.

Words have power. Godly conversation matters. What I say, and what I hear and repeat, has the potential to destroy another’s faith, or plant in them a seed to unbelief. That’s what the officer was doing. He was destroying faith with his words and planting seeds of unbelief.

Elisha stepped into the conversation to say again that the famine would end, adding that the officer would see it but not taste it. 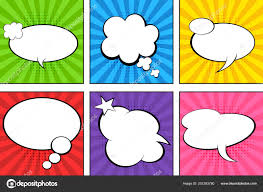 That challenges me. There are some last words that we cannot surrender to the enemy. There are times when leaving the enemy to have the last word echoing in people’s ears is the wrong thing to so. The last word spoken in the encounter between Elisha and the officer was a word of truth.

Many of my conversations are not with other people. I have a lively interaction of comments in my head. I say things to myself. Sometimes what I tell myself is truth, but often it’s not. It may not be a destructive lie but sometimes it falls short of the truth God wants me to know. Whether I’m talking to myself or to another person, I need to make sure the last word, the one that echoes in my ears is truth.

Those last words spoken in any conversation matter - let us leave people with words of faith.
Posted by meljkerr at 4:27 pm No comments:

Lord, reach down and rescue me
For the ground beneath my feet is sinking
I have no light to see by

Lord, reach down and rescue me
Set me down on a rock that will not move
Hold my hand until I am steady

Lord, reach down and rescue me
I’ve had my fill of lament and dirge
I yearn to sing a better song

Lord, reach down and rescue me
That I might tell of Your saving power
Drawing others near to trust you

Lord, reach down and rescue me
The proud and the powerful look away
But I will put my trust in You

Posted by meljkerr at 8:35 pm No comments: