A while ago I bought “The Divine Mentor” by Wayne Cordiero. I had completed a course on effective communication with the church, with a view to joining their team of preachers. It was all done through a series of DVDs. I liked the man. I liked his humour and his style. He peppered his teaching with anecdotes. In his book he talks about walking with mentors, not the alive-in-the-flesh ones, but the bible characters that are there in scripture. He spends a morning drinking coffee with Mary, or he sits beside a seashore with Peter and he learns from them. He imagines the conversation based on the Bible knowledge he knows about them.

He also introduces his students to SOAP as a way of having a quiet time, Scripture, Observation, Application and Prayer. The scripture is the one line that jumps out. He keeps a journal and looks back over the entries for sermon ideas. I don’t currently have any Bible notes as the Christian Bookshop hasn’t re=opened since lockdown. It was due to close anyway, but I guess they brought the closure date forward. I have been soaping ever since.

It’s the Book of Acts I’m reading through. It’s not the first time I’ve read it, but in some ways it feels like the first time. I became a part of our outreach team last year. I wouldn’t have said then that I am a natural evangelist or that I like doing it. I was aware of that song about bringing in the sheaves that we used to sing way back. I pictured myself coming before the throne empty handed. I couldn’t attribute one new soul born into the kingdom that I had led to the Lord. In football terms I could list a few “assists” but I had none of my own goals. The Turning, an outreach week in Inverness changed that, but I still wasn’t easy with being out there.

This morning, to coin Wayne’s phrase, I sat with Apollos in Act 18.

“He had been taught the way of the Lord, and he taught others about Jesus with an enthusiastic spirit and with accuracy.” Acts 18:25a

Let’s move into observation. I like Biblegateway.com. It gives me access to different translations and versions of the Bible.

“He was powerful in the Scriptures, had accepted Jesus, and had been taught about the Lord. He was spiritually passionate for Jesus and a convincing teacher.” The Passion Translation. 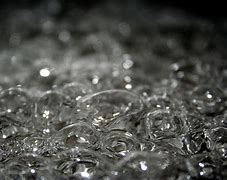 Using Bible Hub, I wrote down the variations of the enthusiastic spirit – burning enthusiasm, great fervour, with great excitement, and fervent in spirit among them. I checked out the Greek word used – “Zeon” which means to boil or to bubble over. I think Paul mist have recognised something of himself in Apollo. Paul had that same fervour when it came to persecuting the church. Now it was directed toward building it.

Someone taught Apollos. He didn’t just stumble on the truth. The teacher is not named. He just taught Apollos all that he knew and let him lose to teach others. Apollos didn’t play around with possibilities. He stuck to the truth he knew. His teacher had done a good job. I was a teacher. I would like to think I did a good job. My friends say I did, but they were never in my classroom. Through his teaching he lit a fire in Apollos. I like to think that this teacher was not a dry stick of a teacher, but that he exemplified that enthusiasm that Apollos had. He passed on more than the truth of the word, but a passion for it.

For Apollos the word wasn’t head knowledge. It wasn’t kept at arms-length. He wasn’t luke-warm. I see him as grabbing at the word and stuffing it into his heart. I see him examining it, poking around in it, picking at it, unravelling it and understanding it.

In my teaching days, with the age of the pupils I taught, most of them would die first than put up a hand to answer a question. Maybe it was the subject, Religious Education. It wasn’t cool to show enthusiasm. There were some bright lights who blazed brightly, mostly people of faith. The rest begrudged that it was a compulsory subject. My teaching days are not over though. I might be retired from the classroom, but I still teach.

Application – I must teach as Apollo was taught and I must learn as Apollo learned. Apollo was described as a man who boiled and bubbled over. I want to be like that.

How do I get there?

·         For a start I need a change of thinking. I need to cast off some of the cobwebs and the spiders that have made them.

·         An “it will do” attitude will not get me there. I need to change the way I see reading the word. It is not an optional extra. It’s not a ticky-box exercise, a pat on the back for myself if I read it. I have to be like Apollos grabbing that word, stuffing it into my heart, examining it, poking it, picking it over and so on. It is my life source. I cannot afford to be casual.

·         Perhaps I need to be around other “boiling and bubbling over” people, allowing them to blow on my fire and see it roar.

·         I need to be talking about what I have learned with others, teaching them the truths I have been taught, and the enthusiastic spirit to do it well.

Prayer- Father God, I have sat with Apollos this morning and listened to him shar his story. Help me to teach as Apollo was taught, learn as Apollo learned and share your word as enthusiastically as Apollo did. Stir whatever needs to be stirred. You created me to boil and to bubble over, not to simmer. Amen