I watched the last half hour of a documentary last night on the painter Peter Howson. He had been commissioned to paint a picture of St John Ogilvy. The plan was to do a really big picture. He had done a few sketches – crowd scenes with John Ogilvy, noose around his neck, about to be hung.

I confess that I know too little about John Ogilvy, but I know something of Peter Howson. I had plans, once, to send him a collection of my Easter poems, with the suggestion that he might like to provide illustrations for them – and we would share the royalties! I never quite talked myself into it. I am not entirely sure that I haven’t talked myself out of it either! I want my poems to stand on their own merit so that the illustrations and the poems are equal partners in the endeavour

Once he had the commission and the sketches, and an empty church building as a studio, and the really big canvasses, posted through a large letter-box-like hole in the wall, he lost inspiration. The documentary wasn’t called “The Madness of Peter Howson” for nothing. He downsized the picture to something less big, less intimidating for him to paint and he began. He backwashed the canvas in orange and then began to paint.

I suppose that just as a writer may be continually revising a manuscript, or a poet constantly tweaking words, Peter was constantly reworking the picture. The city in the background, with rays of light through the clouds, was painted over so there were just clouds.

I so wanted to take the brushes off him and say “It’s finished!”

And then I thought it was finished.

Brush in hand, he began to cover it all with black paint.

I suppose you have to stop somewhere. There was a deadline – the Pope’s visit to Glasgow. The cameras panned to the opening of the restored church where the painting was to be displayed. The canvas was covered and there were no sneak previews. I am not sure whether Peter was satisfied that he really was finished. He apologized to the crowd in anticipation of them not liking the picture.

And then it was revealed.

I am in awe of people who can paint in such a way that the picture twists your guts and drags out an emotion from you. Flesh and bone people sometimes have a lot less feeling expressed through their eyes than John Ogilvy did in Peter Howson’s painting. It’s just paint. It’s just chemicals mixed together. But those eyes spoke of suffering and sadness, of tranquillity and trust. Something more than mere paint.

I think about the stages of his painting and the times when I liked it and thought it was finished. I liked the city in the background. I liked the rays of the sun pouring through the clouds. I liked the lighter colours. I would have stopped there. But the artist didn’t stop. He took out the black paint. He did not yet see what he was looking for.

Romans 8:28-29 “And we know that in all things God works for the good of those who love him, who have been called according to his purpose. For those God foreknew he also predestined to be conformed to the image of his Son”

God want to see the image of His Son when he looks at me. Much as I would like the lighter shades painted on the canvas of my life, often God chooses the dark colours. Sometimes he paints over the city in the background, or the rays of light through the clouds – because they don’t serve His purpose right there and then.
Posted by meljkerr at 5:41 pm No comments:

I am but dust, a tiny speck
And yet He speaks to me
I marvel at such sweeping grace
And ask “How can this be?”

Worthless, less than nothing yet
He gives His name to me
My spirit like an eagle soars
Because I am set free 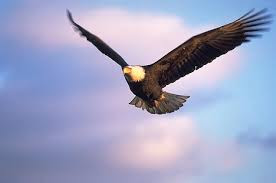 Posted by meljkerr at 8:57 pm No comments:

The company of prophets talked among themselves complaining that the meeting place was too small. There weren’t enough seats for everyone if everyone was present.

“We need somewhere bigger to meet. An auditorium or something, with surround sound and a big screen to project the words onto.”

“Elisha is the leader…He is the one that makes those decisions.”

Eventually one of them brought it up in a meeting. Elisha frowned.

“Come on lads. It wasn’t so long ago that you were hiding in caves. I admit that there’s quite a crowd…but the numbers will drop when the novelty wears off. Besides, the Jordan River is not safe. Those woods are full of wild animals. Let’s not bite off more than we can chew.”

The prophets looked a little downhearted, but Elisha was the boss.

“Oh all right then,” said Elisha, “Go build your bigger meeting place. But don’t expect me to come with you…it’s your idea…you run with it. Personally, I don’t think it’s a good idea…but…I mean, have you really prayed about it? Are you sure this is the direction God wants you to take?”

In the end, Elisha did go with them. He thought he should be there to pick up the pieces when everything began to fall apart. He wasn’t going to take an axe though. Cutting down trees was not his ministry. He had not been commissioned to do that.

The auditorium turned out to be a bad idea. They didn’t have enough money to hire a builder. That meant they would all have to chip in with the work. They weren’t really builders either, but how hard could it be to build a big shed?

And then it happened – as Elisha predicted it would. An axe head fell off the end of a handle and into the deep water of the Jordan River.

The man of God asked, “Where did it fall?” When he showed him the place, Elisha asked if anyone had some string and a magnet on them. “We could tie the string to the magnet…” but no one had string or a magnet.

“What about wading into the water then?” They looked at the rushing river, deep and churning and decided it might be a little dangerous.

Elisha wondered if this was the time to look for a miracle…but it wasn’t that important. It wasn’t a matter of life or death. It was just an axe head.

“It looks like the axe head is gone. Maybe your friend won’t ask about it if you keep quiet. You could say someone stole it. Ah well…I guess that puts paid to building a meeting place. I guess it wasn’t God’s will after all.”

The prophets sadly nodded their heads in agreement. They decided that they weren’t really all that good at hearing the voice of God. That kind of thing was Elisha’s gift. They should have listened to him from the start.

With drooping heads they went back to Gilgal.

It's sad that for many Christians my version of the story tends to be their reality - and mine too. Much better to live in the reality of the orginal story in 2 Kings 6:1-7
Posted by meljkerr at 2:30 pm No comments: