Homework. Don’t we all hate doing homework? I have a confession to make. It’s a bad confession for a teacher to make, or in my case, a retired teacher. I rarely did my homework. I can blame it on the lack of a decent table at home – there was just the one dining table. I could blame it on the lack of a quiet space – the dining table was in the living room which was rarely a quiet space. There was a black and white TV in one corner and a radio on the mantlepiece and siblings that squabbled. I could blame it on the class I was a member of – doing homework wasn’t part of the class rules. Mostly I should blame it on laziness. I had other things to do. Most teachers gave up on giving me ever increasing lines as punishment – they didn’t get done either. It haunts me sometimes – the lost opportunity to really shine in school. It wasn’t until university that I discovered a love of learning.

Homework. The man that runs the writers’ group at the community centre give us homework. He doesn’t do it himself, but do any teachers do the homework they set their pupils? Mostly we don’t do it either. That’s not to say that we don’t write something – it’s just not always on topic.

A few weeks ago, our tutor went on a creative writing retreat. To say he had been a little bit jaded before he went, well, as a lecturer at the local university, setting homework for his classes there, and them not doing it either, these things take a toll. He returned from his retreat restored, refreshed and ready to pen great poetry and prose. This is not to say that what he wrote before wasn’t good – it was always good, a little dark at times, but still good.

Seeing as none of the community centre crew had been with him on the retreat, he decided to try out some of the exercises on us. The focus of the retreat had been about observing the land and the sea and making connections. There seemed to be a lot of outdoor stimuli – sitting on benches and observing things and seeing what spoke.

I have had experiences of waiting for nature to speak. I have stared at fish in a pond – koi fish at the botanic gardens – waiting for them to say something profound. I have held a stone in my hand waiting for it to talk. I’m not nature-fluent. Nature isn’t Mel-fluent. Nature and I have had some long and awkward silences.

The task – yes, you have guessed it, that whole nature speaking thing. We were to notice nature, find something, an object, that caught the imagination and write something from its viewpoint. If I had actually done the homework I would have written about slugs. I don’t like slugs, but I love slug trails. I love the glitter as the sun shines on them. I love the lack of a straight line. I did not want to think like a slug.

So, what else could I write about? I couldn’t really claim to have seen a fish as I walked beside the River Ness. All rivers have fish, right? Just because I can’t see them doesn’t mean they are not there. There are often fisherman thigh deep casting lines. They wouldn’t be there if there were no fish. I wrote about fish.

Part of the task was not just about the object from the object’s point of view. There was a connection to make. What did this object have to say to me? 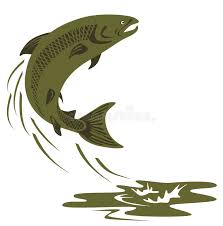 Small, I have out swam the great
Nimble, I have sidestepped the shark
Quick, I have left the school behind
Cautious, I have exploited the hiding places

Oh, what hurdles!
Water that tumbles through rocks
Falling, falling, falling
That I must climb
Marshalling all that I have
Leaping, or falling short of the jump
Always the current against me
Nature rages, my enemy
But I don’t surrender

I did a bit of googling about salmon and how high they can leap. They swim hundreds of miles from the sea where they have spent a few years to return to the river they were spawned in. They mate and they die. The journey isn’t all horizontal. There are waterfalls to navigate upwards. 12 feet. That’s how high they can jump. It all depends on the depth of the water and the swell of the waves. They wait for the right moment, knowing that if they miss they might not find enough strength to try again.

It’s an urge. An impelling. They are driven to go home. It’s written in their DNA.

It’s an urge, An impelling. I too am driven to go home. Home is God. Eternity is written into every person.

How strong an urge? Not so strong for most people. Most people have strayed too far, pulled the thread that connects them God to a desperate thinness. There’s a lot in the world that lures.

Me? My life’s beginning and its completion is in God. He is my home.
Posted by meljkerr at 10:55 pm