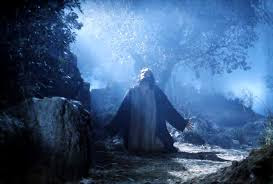 I came home from a Christian celebration of Passover. The taste of wine, unleavened bread and roast lamb was still on my lips.

Closing the car door, I happened to glance at the night sky. There was an almost full moon, a scattering of stars and traces of clouds.

I wondered if as the disciples and Jesus as they left their Passover meal to head out towards the Garden of Gethsemane glanced up at the sky. Did they see an almost full moon, a scattering of stars and traces of cloud?

I went to the Garden of Gethsemane once. I can remember being very disappointed because it didn’t look like a garden. There were no lawns or flower beds. I was thinking in terms of English country gardens and all that was before me was a bunch of trees. It was just an olive grove.

Maybe I did, but I don’t remember.

Last night I connected. Thousands of miles away from Gethsemane, I thought about them leaving the upper room, the taste of wine, unleavened bread and roast lamb on their lips. The words of the Exodus story and God’s mighty deliverance of Israel from Egypt were still ringing in their ears.

They were standing on the cusp of a new world. In a few short hours so much would be dismantled – a curse, a curtain and an old covenant. Something altogether new as about to step into the centre of the stage – a new kingdom and a new king, a new life and a new beginning, a new community and a new commitment.

History almost repeats itself – God delivers another bunch of slaves from another tyrant! This time around I was there - God delivered me!
Posted by meljkerr at 5:00 pm