“Blessed are the ears that hear the pulse of the divine whisperer and give no heed to the many whisperings of the world.” – Thomas a Kempis

I was sitting in a waiting room at the hospital. It was the ophthalmology unit. It was a little after 9.30 am. God whispered.

I have been wearing glasses since I was three years old. I used to put my glasses under the pillow at night.  Maybe there was some deep-down wish that the tooth fairy, who hadn’t done a great job collecting my teeth, might show pity and take the glasses instead. One morning I woke to broken glasses.  I was at that age when image was all that mattered. I wasn’t a pretty girl and glasses added to my un-prettiness. It took me a decade to replace them. Pretty or not, I was fed up bumping into magazine racks and apologising. The NHS had come a long way from thick pink plastic frames.

Over the years the lenses got thicker as the vision got poorer. Even the ultra-thin lenses that became available were on thick side of thin. I became eligible for various discounts as my sight worsened and bigger discounts when I reached sixty. It didn’t make buying glasses cheap – just cheaper than they would have been without the discounts. Glasses were essential, expensive and added onto the home and contents insurance list. 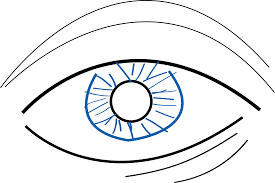 This morning’s meeting was all about cataracts. I have them in both eyes, ripening nicely and not quite ready for harvesting. Three months earlier, in an eye test the day after the police discovered I couldn’t read a number plate at twenty metres and took my driving licence off me, there has been a “maybe” glimpse of a cataract. It would explain why my glasses, less than a year old, were not working properly. Three months and the “maybe” glimpse was fully there strutting its stuff across the lens.

What has this to do with divine whispers?

Years and years ago I was on a gospel outreach team. It was all living by faith and I suppose my faith fell short of some requirements. I was too poor to buy a new pair of glasses. The one’s I had were loose and tied around my head with an elastic band. I can remember clearly standing on bridges and choosing not to look down into the water for fear that the glasses would slip off.

There were different outreach teams all over the country. The nearest team to us in Inverness was in Glasgow. There was a boy on the team who wore glasses. Someone prayed for him and his sight improved. He didn’t need to wear glasses any longer. I coveted his miracle. I prayed for my own, and nothing happened. I never understood then, nor do I now, why some people get healed and others don’t. I suppose I came to the conclusion that being short sighted wasn’t a life or death situation – I could live with it. It wasn’t cancer.

This morning I was listening to children in another waiting room down the corridor. I vaguely remember visits to the hospital when I was a child. I remember it was a long walk down a steep hill. There was a field that belonged to Rugby School and railings and boys playing cricket sometimes.

“Wearing glasses,” came the whisper, “you’re right. It’s not life threatening. People rarely die from being short sighted. But, it is quality-of-life threatening. It’s not a life or death situation – but it is a “life” one.  You are promised “life in all its fullness.”

The whisperings of the world had been telling me something was bound to go wrong. One in a thousand were not successful. I was jinxed or something.

I didn’t have any kind of revelation that I should cancel my appointment, throw away my glasses, claim back my driving licence and head off into the sunset. It was more like an assurance that the cataract operation would be successful, my vision would be improved, I would get my licence back – and I shouldn’t fret about it. And if it all came about through a fifteen minute operation, that didn’t male it any less a miracle.

I have a fifteen week wait for my miracle – but if God chooses a swifter time frame and less medical intervention I will complain.
Posted by meljkerr at 9:23 pm