If God Created the World the Way that I Knit

Someone donated a carrier bag full of knitting patterns to the Knitter Natters this morning. There were one or two magazines, but it was mostly single patterns and most of those might have been from the turn of last century, never mind this one. The hairstyles, the poses and knitting needle sizes were dated. Someone thought they might have, once upon a time, knitted that cardigan or that baby jumper.

The conversation moved on to things we started to knit but never finished. I felt smug that my oldest project, unfinished, was not much more than a year old. Some ladies had things decades old, hiding in bags at the back of a wardrobe. One of the ladies thought she might dig through the unfinished garments to see if they could be salvaged. 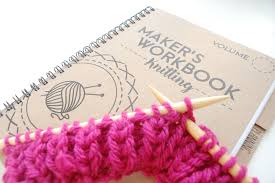 “If I had created the world the way that you knit…” said God. He chose not to finish the thought. An interesting rabbit hole to fall into, don’t you think?

The first thing that comes to mind is that nothing would happen in one single day. There would be no “And there was evening, and there was morning—the first day”. The creation of light and dark would span a few weeks if not months. There would be no talk of science and evolution either – jiggle a ball of wool and two knitting needles in a bag and there will never be a jumper.

Next, there would be no finishing one thing off first before beginning the next thing. Light and dark would be consigned to a bag with all the right needles and the row markers, while He moved on to sky. You see, He would have seen just the perfect blue to make the sky with. He would be half way to finishing off the sky when He finds the perfect pattern for a bird.

He is always going to say whatever He creates is good. And do you know what? It is. There’s always a warm glow – that sense of accomplishment.

Then, there would be the occasional hole. A dropped stitch – in a tree, perhaps.  He’d think about taking it all back to retrieve it, but trees are complicated things. He might have a word with Jesus or the Holy Spirit to see if they were willing to take it all out.  He’d wish He spotted it earlier – but never mind. He’d make a flower to put over the hole. You see, He might have an over-optimistic view of his skill level. He has managed to decipher all the instructions that He needs to follow, but that doesn’t mean He can do it. Perhaps He has to consult a Youtube clip or two. For sure, He doesn’t get it right first time, or maybe even the second time. Perhaps He has a practice go first on a spare pair of needles.

He wouldn’t be able to talk to anyone. He cannot Knitter and Natter at the same time and He keeps a notebook and pen handy for those time He is called away. He writes down what row He is on. Sometimes He finds that wearing His reading glasses helps.

Of course, He doesn’t enjoy the whole sewing up part of creation. He marks things with pins and takes it slow. There’s always the threat of a loose thread. He warns creation not the pull anything, just in case. Creation doesn’t always listen and things unravel.

Because a lot of people love God, they would smile and be delighted with whatever He made. They’d not want to discourage Him. They’d gaze at a sunrise or a sunset and comment on the lovely colours He used. They might not say anything about the black hole lurking in the corner.

No, when God created the world He got it right – first time, no dropped stitches and never a need to consult a Youtube clip. He is still in the business of creating and what He creates is beautiful – always.
Posted by meljkerr at 7:46 pm