Relatives are rare in my neck of the woods. It’s a long journey from where they are to where I am. The road goes on and on in a confusion of sometimes dual carriageway and sometimes not. The weather, perhaps, appears in all forms possible. The sat-nav hasn’t spoken for some two hundred miles and the radio fizzes out with bad reception.

When they do make the effort, so do we.

There was a mad half hour of tidying between leaving work and my brother-in-law arriving. Undisturbed things – the ironing pile, the clutter of books on the coffee table, the sticky trail of brown sauce from the weekend’s bacon butty breakfast in front of the television – all were wiped or polished, folded or hidden in a nearby cupboard.

They arrived in their home from home Volkswagen van.

They are a retired couple. They sold their house in down-south Northampton, in Tory-governed Englandshire, and bought a cottage in Amble on the Northumbrian coast. The house is rented out to holiday makers during the summer months and they take off in the van for long trips here and there.  They were following the North Coast 500, Scotland's answer to Route 66 - “500 miles of stunning coastal scenery in the far north of Scotland.”  Their journey was well documented with pictures of sunsets and shorelines, of mountains and moorland, of deer and dolphins. Over tea and biscuits soaking up the late afternoon sun on our patio they kept up a commentary on all the places they had seen, finishing each other’s sentences like married couples do. 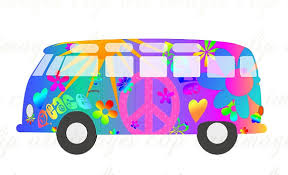 We were given a tour of their Volkswagen van. It wasn’t a big van, or a big tour either. In days gone by I had thought about buying a van like that, getting it painted hippy style with flowers and rainbows and driving off into to sunset. Days gone by. These days I have a feeling that I have pushed in the tent pegs too far and I am tied to my house and garden. My itchy feet have long since stopped itching and I am settled. And yet…I kind of envied them their wanderlust lifestyle.

At the moment I am doing the maths on lump sums and annual pensions. I say “I am” in a very loose sense. I am not. Someone with better maths skills is doing the adding up, the taking away and the multiplying. It’s not long now until I put away the whiteboard pens, hand over the classroom keys and step aside to let someone else step into my RE shoes.

What comes next? There are vague plans that include a dog and long walks. Not this year, but next year maybe, there is a Masters’ Degree in Creative Writing at the UHI that calls to me. There’s another book itching to be written. There’s coffee meet-ups to organise and late lunches to do. And, as I said to my husband, I fully intend to burn the plastic off my bus pass.

I know what I am like. I have plans but usually end up doing very little. I am a homebody and love to potter.

I thought about the Volkswagen van – the spiritual version of it and the faith equivalent of the North Coast 500. I suspect that in all the very much I have seen God do, which probably isn’t all that much at all, I have barely scratched the surface.

Moses who had seen a burning bush, a staff turn into a snake, seen plagues of all varieties, a Red Sea open, a chasing Egyptian army drowned, manna appear in the morning, water pour from a rock and grumblers swallowed up by the earth – declared -

‘O Sovereign Lord, you have only begun to show your greatness and the strength of your hand to me, your servant. Is there any god in heaven or on earth who can perform such great and mighty deeds as you do?” (Deuteronomy 3:24)

That’s my future right there.  His greatness and the strength of His arm shown to me. And always it will be the “only just begun”.
Posted by meljkerr at 9:27 pm