I’m a sucker for a singing man. One of my Christmas presents was the Alfie Boe CD “Trust”.  I’m not quite sure where Alfie and I met – not in the flesh you understand.  I think it might have been a morning interview – you know, the religious spot the BBC air on a Sunday morning.  I think he was being interviewed by Fern Britton.

I have played some of the CD, not in a careful way of listening to each song but as background noise while I am doing something else.  I love the timbre of his voice.

My husband picked up the CD sleeve and had a good look at the contents.  “Forever Young” was the ninth song on the list.  I hadn’t listened that far along.  The title meant nothing to me. I know – it’s hard to believe. Everybody knows “Forever Young”, don’t they? 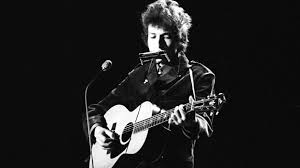 “I hope he doesn’t murder it!” Unbeknown to me, Alfie had trespassed on the sacred ground of Bob Dylan songs.  I know everyone does covers of Bob Dylan songs – but, according to Joe, no one does them as well as Bob. Joe scorns those singers that have pure voices. He likes something with a scratch to it. Bob has the best scratch going.

So, this morning, while the husband was still in bed, I thought I would listen to the track.

It was love at first listen!

Take away the music and what remains is a beautiful poem.  It’s a poem I wish I had written.  I f I had a child and if I knew the song well enough, and if I had a half decent voice that didn’t scare the birds away, I would have sang that song as a lullaby to my child. It’s a prayer that every mother would pray over her child.

The final verse reminded me of a conversation I had with a young friend.  At the time she was thinking about subject choices she had to make for school. She had her whole future stretching out in front of her and was almost afraid to scupper it with a wrong decision.

I was at the other end of the spectrum.  After over thirty years of a very challenging career I was thinking about early retirement. It seemed as if the best of my life was behind me.

“If you do retire,” said my young friend, “it’s not really the end of something but the start of something new.”

Mum wasn’t one of the lucky ones physically as she got older. Things stopped working.  Her hands were always busy with knitting. The wool on the needle was in constant motion of being knitted, being taken back a dozen rows because of a dropped stitch, being knitted again.  Her feet were not so swift.  She moved around the sheltered housing flat with zimmer frame.  Outside the flat with the zimmer frame was too frightening.  The pavements were not smooth.  People were not patient with her as she crossed the road.  A group of young lads that stood at the corner of the road seemed threatening.

There is only so much a person can do to halt the passage of time. My only weapon so far has been a box of “Nice and Easy No 76 – Light Ash Brown”.

There is another battle to be fought and won.

I would like to say that my mum’s heart was always joyful and there was always a song to be sung.  For much of the time that was true. But there were days when the joy was absent and the song was silenced.

My aim is to have a joyful heart.  Shifting winds of change are part of my daily life now. The habits I develop now, physical and spiritual, will all contribute to how I deal with those challenges to come.

Thanks, Bob, for a wonderful song. Sorry if Alfie didn’t do it justice.