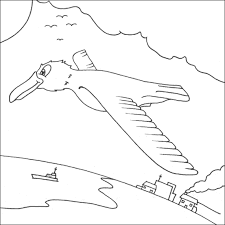 I am not quite sure just what it was that I saw last night. I could have done with a button to rewind and play the scene through slowly. There was a car. There was something in the middle of the road that made the car slow down. There was a seagull swooping down in front of the car and picking up whatever it was in the middle of the road. The seagull then dropped whatever it was carrying onto the pavement. The thing that it dropped turned out to be a very small black bird that made a very loud racket once it had been dropped. It seemed to be unable to fly away by itself and hopped along the road, chattering to itself. Finally, just as I was about to try to pick up the blackbird and put it somewhere safe, a man came out from his garden and picked it up, crossed the road and put the wee bird into the hedge.

What I would like to think happened is that the little bird was in the path of the car, unaware that it was about to get run over. A seagull saw the danger and swooped in to rescue it, dropping it neatly on the pavement. Yeah, I know that it is an unlikely scenario. It is more likely that the seagull thought it was a tasty meal, about to be splattered by the car wheels. It swooped down to pick it up and then got a bit of scare when the meal began to loudly protest!

I mention this because, in the middle of a worship meeting last night, I had a flash back of the gull swooping down to pick up the wee bird.

Sometimes worship goes in an unpredictable direction. It is not always comfortable. The challenge gets a little bit scary. Suddenly, it doesn’t feel safe!

There was a moment when I felt like that. I wasn’t sure where things were headed and not sure I liked the challenges being set. I was getting unsettled. That is when I had my flash back. It was my scenario that I felt applied – this time I was the bird on the road, the car wasn’t the worship itself, but the feelings that it provoked, the seagull – as it swooped down to pick up the bird, I felt God saying, “It’s OK! I will keep you safe from any danger.”

A line of the song we were singing at the time contained the words “strong deliverer” which I thought was really appropriate for the moment.

Walking with God is always an adventure. It is comforting to know that all the time I am with him I am safe. Not physically safe, it doesn’t mean that I can’t come to any physical harm, but it does mean that no matter the circumstances I can feel secure.
Posted by meljkerr at 3:24 pm