The Mechanics of Hugging 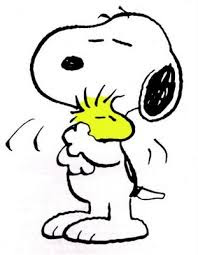 Our family wasn’t really a demonstrative family. We didn’t hug, or hold hands, or cuddle or stand side by side with arms draped across shoulders or round waists. We were just not touchy feely people. It wasn’t quite all stiff upper lips and ramrod backs – but not that far from that. We just didn’t hug and didn’t feel inclined to!

In 1982 I headed off to Cyprus to teach in a small Christian school with very close links to the Brethren Church. They hugged a lot. Greetings were not exchanging handshakes or air kisses on either cheek, but a solid, and at times quite crushing, embrace. They were tactile people!

Quite accidentally, I started hugging my sisters. It wasn’t intentional. I just forgot that I wasn’t in church. I had been home for the holidays and was all packed up waiting for the taxi to take me to the train station when I turned around and pulled my sister into an embrace. I hugged her.

There was a moment, a look of total surprise on her face, a slight inclination to pull away before she surrendered and joined in the hug. Now it has become part and parcel of meetings and departures. I think my eldest sister enjoys them most and had become the initiator rather than just the recipient. It is a race to see who can hug who first when we meet!

I was dreaming last night about hugs – or, perhaps more significantly, the lack of hugs. I am not sure where I was, but a meting had been arranged between me and a friend. She was my best friend at secondary school and over the years we had lost touch. In my dream we were seated in a room and the whole meeting was permeated in awkwardness. We were not comfortable with each other’s company. In the real world we haven’t seen each other for twenty years or more, and for all but maybe on or two letters and a score of Christmas cards, we really have lost touch. In the dream she was surrounded by her family. I wasn’t married, but somehow had a son called Nick. (There is something not nice about waking up to discover that you don’t have a son called Nick – I know he doesn’t exist but I really miss him!)

Conversation was stilted between us. It was painful and embarrassing and all of us wanted it to end soon. I think it was me that eventually excused myself and stood up to say goodbye. As is my habit I reached out to give my friend a hug. She just didn’t seem to know what to do. Her arms were held stiff against her side and she looked at me with a perplexed expression. It was more than about why we should be hugging when we didn’t seem to have any relationship left that warranted a hug, but more about not knowing the mechanics of hugging.

How do you teach someone how to hug? Isn’t it something you just so? Apparently not in the dream world! I can remember in the dream world having to position her arms – one going up and over my shoulder, the other going down and around my waist. Then we hugged. It was like a re-run of my first hug with my sister – that brief moment of holding off before surrendering. Then it was real – it wasn’t just the physical meeting of two bodies in an embrace, but we made connections on all levels. It was a good hug!

Then I was aware than my hand was resting on her head and I was praying for her. I don’t know what I was praying, but it was fervent and passionate and powerful.

“Hug me too!” I was dazed as my friend and I broke apart, to be met with the other people in the room wanting a hug. And then I woke up…

We need to feel connected to people. Too often we live disconnected lives. Even as Christians, meeting in the same church body, we don’t always make the connections. Sometimes the hug is a substitute for really getting to know someone properly. It is not enough without the background relationship – like jewel rolling around on a workbench that ought to be in the setting of a gold ring.