Any Dream Will Not Do 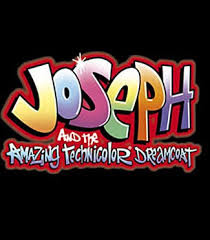 I promised faithfully to behave myself on Tuesday evening. I am a participator by nature. I am a joiner-in. As much as I would sometimes like to stand cool and collected at the side of the track saying, “Jolly good show” I just don’t have it in me. So when Joe and I found our seats in Row B of the dress circle in the theatre, ready to sit down and enjoy Lee Mead in “Joseph”, I was under strict instructions not to join in!


Joe and I had faithfully watched the BBC programme to select the man to be in the title role. Joe had found his own way of identifying the different lads in the competition. Let me see…there was “Boy Band Joseph”, “Serial Killer Joseph” (his eyes were too close together) “Glaikit Joseph” (a Scots expression that signifies clue-less-ness – the boy had said something like he was just realising it was a contest six weeks into it!) and of course “Real Joseph” – Lee.

Joe promised that he would take me to see the show for my birthday – and he lived up to his promise.

When I was much younger, I was very involved in drama. I think my first appearance on stage was in a local village pantomime – Robinson Crusoe. I was a pygmy.

Watching the children on stage reminded me of the grease paint and rehearsals to learn the lines and the choreography.

Watching Lee Mead navigate his way through all the songs and scenes, I couldn’t help but totally disagree with the lyrics of the last song “Any dream will do” is a lot of rubbish. I have to admit that I am coming to really appreciate the talent that it takes to write a song – find a tune that holds up and lyrics that matter and “Any dream will do” just doesn’t hold up.

Winning the BBC programme and appearing on stage every night in a loin cloth is not just “any dream” for Lee. It is “The Dream” and anything else will not do. It was not difficult to see that he was enjoying every moment of the show. He was living the dream and it wasn’t just any dream.

Any dream will not do! And people who settle for “any dream” that isn’t “The Dream” will never be fulfilled.
Posted by meljkerr at 7:35 pm