I’m in the middle of a mop-up. The previous couple of months have been poetry writing days. My usual Lent challenge is to write a poem a day following the devotionals from a book I picked up from Tear Fund. I also joined in an April poem a day challenge set by the UHI Creative Writers’ group. Some years, I fall near the start and nothing gets written. Other years it’s at the end where I run out of steam. The following few weeks I try to fill in some of the blanks.

One of the missing poems is about singing. Singing is only mentioned in the title and the last line of the devotional. The subject matter is about calling and being in the place where God has put you. It is not supposed to be a stressful thing working where that is. What makes your heart sing is where you should be. I had been thinking about the heart singing and perhaps lamenting that just lately I’m not really singing. I’m not stressed out about the lock-down, but neither am I flourishing. I know many of my church family are using the time to dive deep into their Bibles. 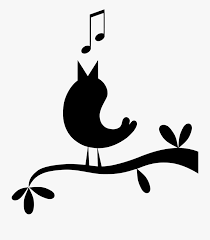 Last night I caught the tail end of one of the sections from Countryfile on BBC1. There was a man, an expert on bird song. At the back of my mind lies Percy Edwards, a contestant on Opportunity Knocks who kept people entertained for weeks with his repertoire of imitating wild birds’ songs. The man on Countryfile identified different birds including a robin and a wren and explained what the song sounded like. He had planted a meadow wilderness of a garden with flowers and trees and a pond, creating the ideal habitat for birds to make their home. He went on to talk about why birds sing. I already knew this. I’d woken up late at night to hear a bird singing just outside the window and went on a google hunt to pinpoint the bird and why it was singing at night.

Birds sing in the morning to tell other birds to keep clear of their territory, or the stay away from their Mrs-bird, or the nest. The words the man used really struck me, enough for me to find a bit of paper and scribble it down. The dawn chorus and the clear bird song were about a bird “claiming ownership” of what belonged to it. That isn’t the only time birds sing. Sometimes they sing because it’s a sunny day and all is right with the world. That probably tells you a lot about why I don’t sing so much.

Because I had been thinking about singing, on another bit of paper earlier in the day I had scrawled a reference down – Zephaniah 3:17

“The Lord your God is with you, the Mighty Warrior who saves. He will take great delight in you; in his love he will no longer rebuke you but will rejoice over you with singing.”

My heart, my soul, my spirit made a connection between the bird song and God singing. It doesn’t qualify as doctrine so don’t start up a new church based on it. I thought that just as the birds in the dawn chorus were claiming ownership over their territory in their melodies, God in His singing over me was also claiming ownership over His territory – my life. It thrilled me to think of it. If I could supply words to His song it would have been to tell the enemy to back off, that he no longer had ownership over me, that I belonged to God now. In singing over me, He was also reminding me that I belonged.

Every day the birds wake up to sing, to re-claim ownership, to remind other birds what belongs to them. They don’t just sing the once. It happens every morning and it’s the same song.

God did not sing over me just the once to claim ownership of my heart and life. He didn’t sing on the day, that last Thursday in August 1976 when I asked Him to take ownership over me. Every day He sings. Every day He sings to me to remind me that I am His. He doesn’t cease singing when I have a day of going my own way and not listening. He still sings.

What a wonderful way to begin each day quiet and still, listening to the refrain of God’s song.