I think I have caught up with all the missed video conferences for my UHI degree course in creative writing. I started late and have been trailing behind the rest of them. Yesterday I waded into poetry, not the technical terms but the basics of rhythm and rhyme.

I confess that I don’t read enough poetry. Yesterday I sat in Ashers café near the bus station reading war poetry. A friend, from the Spectrum centre writers’ group, had mentioned she was doing a history course focussing on conflict and resolution. I’d bought the book second hand and thought she might like it.

War is sad and there’s no getting away from it. What is really sad is about who pays the price in real terms. There’s a ruling class who don’t suffer the same kind of losses. They direct their forces but, too often, they themselves are safe.

I also confess that there’s a lot of poetry that I don’t understand. I write for content, not for form. I don’t think about whether the form matches the content. But then, do readers think about the form when they are reading? I understand that choosing the right form adds to the impact of the poem and that there is something going on at a subconscious level. The form is underlying the message. 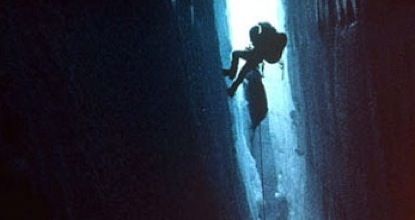 Having said that I wrote a poem for the Spectrum writers’ group, for homework. The prompt was “limits” or being on the edge of something. We had listened to a section from a book “Touching the Void”. An injured man, presumed dead from a fall, drags himself across a snow filled landscape. He pushes himself to the limit to survive. My poem was about the edge of scientific research, about pushing the boundaries dishonestly, perhaps for the wrong motives.

The Edge of Science

Fools! They must see the fault in their ways
Science and knowledge  – there are no delays
They’re coming – those aliens – we must be their match
Foiling the plans that the green men might hatch
I needed the funding and filled out the form
Stretching the truth, lying’s the norm
Pages of data, and who’s going to check
The numbers and letters and all of that tech?
Oh, yes, I cut corners, as scientists do
There’s far too much red tape that needs tiptoed through
I skipped out the tests on the mice and the rats
Bypassed the dogs, the rabbits and cats
I thought of the primates, monkeys and all
Went straight for the humans – that was my call
There’s plenty of people - a few won’t be missed
Bad ones and sad ones and those rarely kissed
A basement with beds and belts to restrain
And drugs by the armful to manage the pain
We’re here on the edge of a medical wave
Based on the work of the bold and the brave
About cutting corners - who’s going to care
When I have the answers ready to share?
And if through the science there’s money to make
That’s a diversion I’m willing to make
Know this, invaders, the battle won’t last
Your green swaying bodies, we’re ready to blast

The form is a rhyming, sing-song nursery-like poem. It really was at odds with the content. Before the lecture, I wouldn’t have given it a minute’s thought. Afterwards I thought long and hard about the form. There was almost something grotesque about it – the nursery-like rhythm and rhyme and the horror of people in beds being pumped full of drugs so research can be sold off to the highest bidder.

I decided to leave it as it was. The impact was there in both content and form. Dissonance is the lack of harmony between musical notes. I’m not sure why musicians do it, or composers. My poem had dissonance. It was not an easy read. It got under the skin – which is what poetry is all about.

I am into a month of the degree course. My husband asked if I thought I was getting my money’s worth. It’s too early to tell. I haven’t done anything that I couldn’t already do. There is nothing that is stressing me out. The unit is an introduction to creative writing, so I assume we don’t go deep into anything as yet. It’s a gentle way to ease me in.

I’m struggling to find a balance between spending time writing and spending time on housework. That was there long before I began the degree course!

It’s all about discipline – that thorn in my flesh that won’t go away.
.
Posted by meljkerr at 1:05 pm