Going into town this morning was a spontaneous thing. The bran flakes had barely settled in the stomach before I was grabbing bags and purse, jacket and my bus pass. Snatching twenty minutes cosying up to the husband on a 1B bus was not to be missed.

I didn’t really have a reason for being in town. There were no urgent things that has been forgotten by the grocery delivery yesterday that needed to be bought. I bought a half dozen tubes of watercolour paints in a sale and a mindfulness journal – “exercises to help you to find peace and calm wherever you are.” Prayer has the same outcome, but I like messing around with words. A random page on washing up instructed me to run water, add washing up water, look at the bubbles and smell the fragrance. Picking up a plate, I am to feel its weight, take a sponge, and hear the squeak of the sponge on the plate. It doesn’t say anything about dancing in front of the sink while singing a worship song.

I wandered down to the Museum and Art Gallery, my usual haunt for poetry-provoking exhibitions. Notebook and pen In hand I studied the painting and photographs.

“Another Country” consisted of art work on the topic of immigration. 457,000 people, or 9% of the population of Scotland are foreign born. They are the “New Scots”. If “foreign born” includes people south of the border, it includes me. I like the designation New Scot. I am a New Scot having moved here in 1989. It gets less and less likely that I will head back to England, but you never know. The paintings, the photographs were not there to land on any particular side of the immigration argument, but to encourage discussion and create dialogue. It was perhaps a sense of nationality, our need to belong and our definition of community coming under threat that led to Brexit, but the idea of New Scots, isn’t just about immigrant settling in Scotland, but also about old Scots, the ones who have always been here, being prepared to change and adapt. To become New Scots.

Two pictures taken from a larger collection “Kinder Transport” focussed on Jewish children being rescued from Nazi occupied Germany. 10,000 children reached the safety of Britain. Although they were strangers, separated from friends, family and the fatherland, they had bright smiles on their faces – almost a determination that they would prosper and find a better future. We don’t seem to know how to smile any longer in the middle of our troubles. We don’t seem to determine to prosper.

Another set of pictures, mostly charcoal sketches, featured knots and anchors. Knots and anchors should speak to us about security and safety. My husband and I spent a few weekends sailing and practised tying knots using the chairs in the kitchen. What happens when the rope frays, or the knot unravels? What happens when the anchor shifts in the storm? It feels like everything is fraying or unravelling or shifting and what we call home doesn’t feel so safe anymore.

I have never felt threatened by immigration. I’ve never seen any side of it that makes me uneasy. I’m not competing with anyone for a job or for housing. But other people do – and for good reason. I have heard others wax lyrical about “them” and “us”. I’ve seen the posts on Facebook that whip up a frenzy and tell us the woman in a veil is my enemy. Where does that thinking come from? I think its about not wanting to become the New Scot when Old Scot is all we know.

One of the first things in the exhibition, which I didn’t see until the end was a poem written by a modern poet, Lo Mei Wa. It was a little too high on the wall to read easily and the internet will not track it down for you. 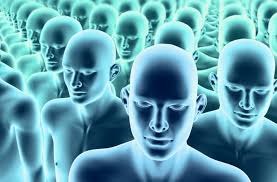 “Colourful Generosity” – I have a hard time understanding poetry that I haven’t written myself. The poem seemed to be about trying to fit in – cutting your long hair because everyone around you had short hair, colouring the blonde hair because everyone is a brunette, getting rid of the Birmingham accent because everyone is a Geordie, dieting to lose the curves because everyone has a flat boyish figure. I’m not quoting actual lines here, just the sentiments. And where you end up after all of that is being invisible. The glorious you, the unique you, the you that was vibrant and colourful – it’s all gone.

We need to learn to live in a world that allows difference.

We need to live in a world where some of those differences make us different from who or what we were yesterday.
Posted by meljkerr at 9:53 pm