There's Something About Mary

I think I have been taught to mistrust Mary over the years.

I cut my spiritual teeth, as it were, in the Roman Catholic Church. We had been wrenched away from Sunday School at the local Congregational Chapel just streets away to walk two miles every week to the Roman Catholic Chapel in a neighbouring village.  I wasn’t pleased to go as I was planning on winning the annual memory verse challenge that year.  I had come third the previous year and felt I had something to prove. The Roman Catholic Chapel didn’t have memory verse challenges.  It didn’t really have anything designed for children at all.  We just sat in the pews with the adults and followed the liturgy in the books we were given. I never really dived in deep into the theology of saints and statues.  I watched “The Song of Bernadette” many times and considered a life as a nun until Donny Osmond rescued me.

The other churches that have dotted my faith landscape have not been kind to Mary.  One almost gets the impression from them that Mary must have posed for the marble statues, that she was a willing partner. She’s just one of us, they insisted, nothing special.

I have been thinking about that and I’m not so sure she was nothing special. What young girl in any culture doesn’t dream of a wedding day? I’m sure Mary did – but God launched her into a very different future from the one she planned. God had been silent for hundreds of years so miracles were not part of everyday life.  What other alternatives were there to explain a young girl’s pregnancy? And the law was harsh on women even without the charge of adultery being thrown into the mix. Mary embraced it all.

She wasn’t just a womb, you know. Chromosomes only go so far in producing a person. 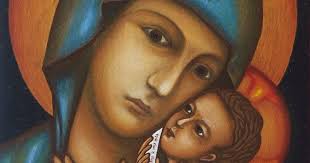 Without Mary, the Jesus we have would not be the man He turned out to be. Before He began His ministry, Jesus had thirty years of Mary. It was her arms that comforted Him and her fingers that wove the fabric that His clothes were made from. It was her voice that sang the lullabies that sent Him to sleep ad her gentle shakes that woke Him in the morning. She bathed the grazed knees of childhood tumbles and pulled out the splinters when he began his work as a carpenter. Her silly songs made Him smile and her pain made Him cry. And what He learned about the Father He learned from her. What he learned about servanthood he learned by following her example.  What He learned about prayer came from listening to her prayers. He became the man He was because she was the woman she was.