Suppose there are six people. They are all patients with terminal illnesses. One or two are at home, looked after by a family who are running out of resources. They have lost their strength and battle with tiredness and guilt. Maybe one or two are in a hospital where nurses are not really trained to deal with their specific needs, besides they are always rushed off their feet. The other two are living alone, managing to get by on daily visits from a team of helpers but finding it harder to cope each day.

There are just four beds in the hospice.

Who gets the beds? 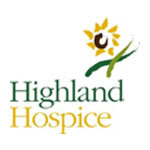 It’s an interesting discussion perhaps, but for the Highland Hospice, it is a reality that they face on a regular basis. It’s the always-present challenge about the most effective use of limited resources.

I visited the hospice this afternoon, not in the capacity of friend or family to a patient there, but to talk to the chaplain. He had talked to a group of young people about the work of the hospice and we were performing the autopsy! We took the powerpoint and metaphysically weighed it on the scales. Was there the right place between information and pictures? Did it convey the information they needed to know? We dissected the discussion points to find out whether the task was clear enough and generated sparks. We consulted diaries to plan the next visit.

While my brain was engaged in the business side of things, my heart was elsewhere.

I knew I wasn’t in Spain. I knew it wasn’t the hospice in Cudeca. I knew that my brother wasn’t in one of the rooms losing his fight against cancer. I knew that all of that was three years ago. My head knew it…but my heart wasn’t listening.

The art work on the walls might have been different, and the garden wasn’t basking in Spanish sunshine, but the two places were involved in the same business. There was the same tranquility about the places as they sought to make the last days of someone’s life peaceful and trauma-free.

I think my brother’s experience had tilted me towards supporting living wills and some kind of euthanasia. Mike wasn’t going to recover and the final forty eight hours was very distressing for him and for those of us that were there with him. It wasn’t just those forty eight hours really but other days of not coping. It just seemed stretched out and anguished.

Part of the problem was a language one. The nurses knew enough English to deal with his physical needs of food and medication and cleaning him up. I am not sure how much opportunity he had to talk about his fears and anxieties.

Another part of the problem was probably a lack of cooperation from my brother. In life he kicked against the goad and he continued kicking when life was ebbing away. He wasn’t an easy patient. He did not want to join in and scorned communal activities.

I tell myself that Mike died at peace, that he didn’t just stop breathing, but I don’t know whether he had the chance to tell his life story in artwork or poetry – whether he wanted that, or needed it. He spent one evening playing tunes on an organ in the common room until someone told him to stop because it was late at night.

I got the guided tour around the Highland Hospice. Every picture on the wall had a story to tell. A dog made of plastic bed pans stood in on the counter in the craft room. The patents had laughed as they responded to the challenge to use only materials they could find in the hospice to make it.

I have to say that the balance has tilted the other way. If you can fill the time between diagnosis and death, not just with the right kind of medication, but things that stir the heart and spirit, there is something more than just waiting for the end to come.

Filling your days with things that stir the heart and spirit has got to be a good move for all of us. There is more to life that waiting for the end to come – the end of any season in our life – not just The End.
Posted by meljkerr at 8:59 pm