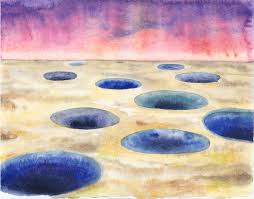 Last night I joined with the prayer pastors to pray for the street pastors who were out last night. I had been preparing the word I was supposed to bring on Sunday. I hadn’t got to a hard bit or anything and things were chugging along quite nicely, but I thought that maybe being in the presence of God corporately I would get a deeper insight. I also thought that a friend of ours who we support in prayer was going to be out last night, but she wasn’t.

We were a very quiet bunch – not quiet as in long periods of silence or anything, but quiet spoken. Even tilting my good ear in their direction was not helping. I found it difficult to say my “Amen”s because I wasn’t sure what I was agreeing to, although I am sure that it was good stuff.

My tintitus, the ringing in my ears, seemed particularly loud as it does at the end of a school day. Perhaps under normal circumstances things would have not been so difficult.

There were times when we would stop praying about something and converse for a while about things we thought God was prompting us about. After a while the leader would say to someone, “Andrew, would you lead us in prayer on that?” It was always very specific, with a named individual. The trouble is that when I was the named individual I wasn’t sure exactly what I was leading people on. I have developed a habit I suppose. In those times of low volume, I will do the tilting of the head thing, but after a while, I just stop concentrating. I am content to let them talk and do not feel the need to join in. Maybe I get a glazed look that goes with it.

Last night there were two moments when it was “Mel, would you lead us in that?” The first time I had managed to follow the conversation – it was about asking God to send more workers to the field. I could do it. The second time, I was really caught out. It was getting on for midnight and I was drifting into sleep mode and I had stopped concentrating. Suddenly there was a “Mel, will you lead us in that?” I had no clue. I had not been listening big time! I didn’t even know enough to fluff it. So I had to ask them to repeat the information.

I am glad that God knows me well. Because the ears are not up to the job, He will often appeal to the other senses.