Licking the Lid of Life

I personally think that it is a waste of a perfectly good bottle of malt whisky, but my friends are raving about it!

The last time, not the most recent time, but the time before that, my brother, Richard asked us to bring down a bottle of whisky – a good quality single malt would do. A friend of his had given him a recipe for something that sounds like a whisky liqueur. Apparently one was supposed to collect a bowl full of blackberries and soak them in the whisky for six months or more, adding a few spices like cinnamon. After six moths or more, one was then supposed to strain the mush and put the liquid back into the whisky bottle. 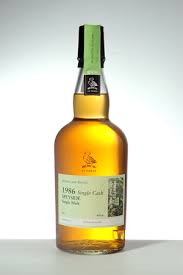 I guess his wife was not prepared to surrender the house-keeping money to purchase the whisky, so he persuaded us to do so. I handed over the bottle on the last visit and didn’t give it a second thought.

On our recent visit home – Rugby – once Richard knew we had arrived at my mum’s, he must have grabbed the whisky bottle and ran round. Yes – he takes a while to respond to a request to replace a popped light bulb, but when Joe and Mel arrive and he has a treasure to share with them – he is there in an instant (my mother’s words – not mine!).

So there he is, with the bottle – blackberries steeped in whisky and strained and stuff. He hunts through the cupboards to find enough glasses. Incidentally, my mother has a tee-total visitor sitting on the sofa. The lady downstairs comes up on an evening and they read the Bible together and pray. She graciously accepts a glass and as she takes the first sip something like delight spreads across her face. Apparently after we had gone she wheedled a second glass out of my mother!

On Thursday night, after we had finished a mid-week fellowship meeting, Joe dug out the bottle. Just about everyone agreed it was the nicest thing they had drunk. Unlike most liqueurs, it wasn’t sweet and sticky, but quite light and refreshing. They asked me if my brother was going into mass production!

I have talked before about my brother’s diving-in mentality. If I had been given the recipe, I would have thought about doing it. I might even have bought the whisky and picked the blackberries. But when it came down to actually doing it – I would probably chickened out! I would have thought of the million reasons why I shouldn’t and never got the venture off the ground!

There are so many experiences where I “wait and see” and I end up not doing it. My sister in law, Richard’s wife, asked me whether any of the rest of the family were like Richard. There was never an opportunity that he let slip by. There is never a “wait and see” for him, but he just dives in. He squeezes life dry of every drop of enjoyment. Like the yoghurt advert says - he is licking the lid of life! I am sure there are one or two regrets along the way when things don’t work out – but equally he will never have to say “I wish I had done that.” He doesn’t play safe!

As ever I find that very challenging and I am trying to stop myself from playing safe. Right now there’s a whole list of things that I have to say “I wish I had done that.”

I aim to make in-roads into the list!
Posted by meljkerr at 2:20 pm