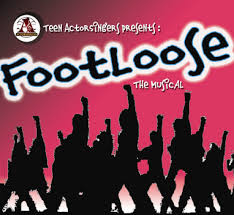 When I lived in London for two years I used to attend a dance class twice a week. It wasn’t like social dancing or ball room dancing, but the kind of dancing you see in the film “Footloose”. I actually owned and wore leotards and leggings – note the plural! The one thing that I didn’t like was the mirror. It was across one wall of the studio and the idea was you were supposed to look at yourself in the mirror as you danced and check your posture. I have never really been into mirrors. The less I see of the whole of me, the better I like it. I am not one for preening.

At the age of twenty two I was one of the oldest in the class and certainly one of the least agile. I did have a lot of determination and plugged away at the choreography to learn the routines. It was like being on the cast of Fame Academy! I just saw it as being a way to let off steam. I was teaching, at the time, in a tough East End of London Secondary school where you got to confiscate guns and knives and where the pupils did sometimes literally swing from the light bulbs!

I had forgotten all about that when I was in a shop a few months back and they were doing a clear out of all DVDs and CDs and things. I picked up a dance DVD produced by the Pineapple dance studio in London. It promised that I can learn the latest dance moves. They are probably not the latest any more!

There were no leotards and leggings but loose baggy t-shirts, trousers with the crotch somewhere down by the knees, baseball caps on backwards and a choreographer that kept saying “Go, girl!” Do I qualify as a girl at my age?

I guess these things are not designed for the overweight woman of advancing years. I was managing quite well for the first eight bars. I managed the turn, the star jump and unfolding my arms in front of me. Things deteriorated rapidly with a complex footwork routine, thrusting out my ample bosom in various directions. Then we were supposed to crouch down and shimmy upwards whilst gyrating the bum. It was all very Hip Hop and in the end I abandoned myself to the sheer joy of flinging my arms and legs about to the music. (I bet King David didn’t employ a choreographer when he danced before the Ark of the Covenant as he brought it into Jerusalem!)

I know that I probably had the option of sitting down for half an hour and praying, or doing an in depth Bible study, or even just soaking – but you know what? I really enjoyed my prancing about and I laughed so much that my sides ached.

In a recent visit to London, Joe and I went to Covent Garden. There is a church there – St Paul’s. It is dedicated to actors. All around the walls there are plaques in memory of different playwrights, actors, musicians and artists. One of them, I am not sure of the name, Margaret Someone-or-other, particularly stirred my spirit. The epitaph read “She served the Lord right merrily.”

May that be said of me – “She served the Lord right merrily.”
Posted by meljkerr at 4:44 pm

I love it. I still check the site ever so often. I pray the family is well.