Eyes to the Skies

I’m into the last week of my summer holidays.  I could say that I am eagerly looking forward to going back to work – I could say it – but every year it gets harder particularly as every year I get a little closer to retiring.  I am trying to pack in a last few touristy things in among the last few house cleaning and getting-ready-to-go-back-to-work things I have to do.

Yesterday I headed out for the hills.  Somewhere on an earlier jaunt I had picked up a tourist leaflet on Tollie’s Red Kites, off the main road towards Ullapool, the second turning off to the right after the roundabout near Maryburgh.  They weren’t kidding when they said it was a farm track – it really was, with numerous potholes to negotiate.

The feeding time 2.30, but I got there earlier.  Working out how long car journeys take is not my strong point.  My last long journey from Crick to Birmingham airport should have taken 30-45 minutes, but with a combination of road works, diversions and very big lorries, it took me over two hours!  I wasn’t taking any chances this time.  I was there with a good half hour to go.

The building was empty.  There were a few information boards about the place, a table with paper and coloured pencils for those who felt artistic.  There were also a couple of whiteboards listing all the wildlife that has been spotted recently.  Apparently a hive of bees had taken up residence in one of the bird nesting boxes.  The list of birds spotted at the feeder went on for two columns.  I tried to persuade myself to twitch, buying bird books and a decent set of binoculars, but have made too little progress.  I now know what red kites look like!

At 2.30 a man with a plastic bag of meaty chunks headed off down the path to a table about a hundred yards away.  He spread them out over the table.  I was kind of expecting him to use the stick in his hand to fend off the flock of red kites that I imagined would descend on the table but it didn’t happen like that.  Nothing happened for a while.  Then a flock of seagulls appeared.  Seagulls!  I had travelled all this way to see a flock of seagulls snatching at scraps, a sight I could see most days in Inverness town centre.  I was a tad disappointed.  If I had added my £4 donation to the bucket I would have been digging my fingers in to get it back.

Then, magnificently, majestically, a red kite flew in.  The seagulls didn’t exactly scatter.  They are not scared of red kites, but they are respectful.  They gave the bird a wide berth and did not squabble over the food. 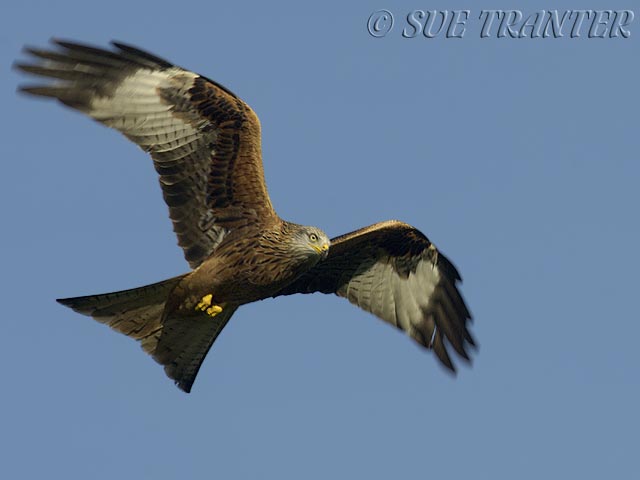 Just for once I had the right equipment on me.  I had my binoculars.  A hundred yards may be nothing for most people, but even my new glasses with their up-to-date prescription lenses it was a challenge.  You could see a flash of colour and an obvious difference in shape – but through the binoculars I got a better look.  I could see the markings and the feather formations.  There were two red kites.  They had a lazy, relaxed way of flying but when they soared, they were just magnificent.  They ran rings around the seagulls in the air.  It was all so very effortless and graceful.  They made the seagulls seem very clumsy.

The day before, on the Sunday, Joe and I had been out to Fort George for their 250th anniversary.  Among all the living history events going on, the highlight of the afternoon was the acrobatics of a lone Spitfire.  I almost ducked as the plane came in so low to make a pass.  Then it climbed high in the sky, turned upside down, righted itself and came in for another low pass.  I thought its wing would catch the outside of one of the buildings it came so close.  It was impressive…

But the aerial acrobatics of the Spitfire were nothing at all compared to the red kites.

Man can create stuff like Spitfires and pilots can fly these things with such skill.  It is all very impressive.  But nothing that people create comes anywhere near as impressive as what God creates.

The double-columned list of the variety of birds spotted on the feeders, and knowing that it was just a tiny section of all the birds that exist – how can I do anything but be amazed at God’s creation?

On the way back to the main road, driving slowly around the potholes down a steep farm track, the two red kites I had seen earlier broke out from a rim of trees by the roadside and flew right across my windscreen.  I got a really close look at them without the binoculars.  Amazing!

We live in a wonderful world.