The Essential Difference Between Dr Who and God

I sat down last night to watch the final instalment of the Torchwood series that has been showing throughout the week. It was compelling viewing, but I have to admit that it was dark and very disturbing. It seemed to portray the very worst of humanity, particularly from those who make the decisions that affect everyone else. I hated the way they decided which ten percent of the nation’s children would be offered up the aliens so save the other ninety percent.

I seem to remember that in the fifties and sixties the films about alien invasions that were around were not really about alien invasions at all, but commentary on political matters. The aliens were communists, or asylum seekers, or refugees. You just needed to decipher the code. One wonders what the axe the writer was really grinding – the unfairness of school league tables, and how their use can be abused perhaps. 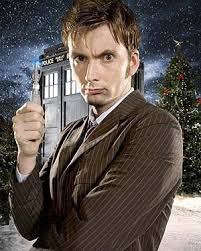 One scene that stood out for me was when Gwen and the children were hiding in the barn. She was making a last film for future generations to find that would explain what went wrong with the world. Talking of Jack’s friend, the Doctor (akka Dr Who), she wanted to know why he wasn’t there. The way she understood it was that the Doctor turned up in the bad times to rescue people. He was there when all hope seemed to be extinguished. He dropped in from nowhere, pointed his sonic screwdriver at the bad aliens and saved the day.

So why not this time? Perhaps this time, Gwen mused, they didn’t deserve saving.

How opposite to the gospel! The truth is that none of us is worth saving – regardless of our potential earning capacities, our talents and abilities, or the lack of them. We love to construct league tables and make comparisons. We love to line ourselves up and shove other people to the back of the queue. It makes us feel better to think that we are better than someone else.

Gwen thought there was some requirement for Dr Who to rescue everyone, because that is what he did. In the same vein, I often think that God ought to drop in more often and intervene. There are so many times when I feel that I am on my own, that the help I expected hasn’t turned up, even at the eleventh hour!

Sometimes it is tempting to draw the same conclusions as Gwen – I don’t deserve saving. I am so glad that faith tells me that isn’t so, in capital letters, written in think black maker pen, in permanent ink. OK I do not deserve saving, but that doesn’t mean that I don’t get saved! If it was ever about who deserved what, none of us would be around. God’s grace gives me what I don’t deserve – a vibrant relationship with the Living God, oft-times incomprehensible, sometimes silent, frequently unpredictable.

I don't always get rescued the way I want to be rescued, or when, but I do get rescued at the very end of the story.
Posted by meljkerr at 11:35 am