Tales by the Real Fireside

I think I was willing to be talked out of going last night. Storm Brian had been in the news and the clouds were gathering. It was Strictly night on TV and I was all for being cosy on the sofa. However, having been involved in some of the workshops I felt I needed to see the whole thing out - the final result of four weeks of a creative workshop. I grabbed a brolly, a torch and a camera set to night-time pictures and headed off.

The meeting point was the carpark at Great Glen House, the dropping off point for my husband on a morning. The Crofting Commission shared the building with a number of other organisations. Last minute details – I inserted my hearing aids, stuffed spare batteries into my pocket – quite how I planned to change the batteries sitting on a log, in a forest, under torchlight I hadn’t worked out but like the good girl guide I used to be, I was prepared. The dozen or so people at the carpark wore rucksacks and walking boots and had that fit and healthy look about them. They probably didn’t even know they were missing Striclty.

A fifteen minute walk was promised. I had fretted about this. People in general tend to walk a lot quicker than me. Although I began the walk quite near the front, I was trailing behind towards the end. There were fairy lights decorating the path every so often, and although we were not encouraged to use our torches, I kept mine on, pointing to my feet. I have a feeling that in daylight I might have quailed at the path. It was steep, but only being able to see a foot-span spotlight ahead of me I couldn’t see how steep, or how long we would be climbing. 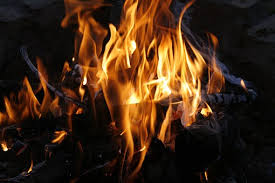 Tea, coffee or hot chocolate were on offer at the fireside. There were logs to sit on, with a mat to cushion the rear end against the rough bark. A canopy had been fixed, spanning from tree to tree. Had Brian brought his rain, we would have been dry. The fire was burning bright surrounded by a ring of stones. Through the trees, way down below us, the lights of Inverness sparkled in white, yellow and orange.

It didn’t take a lot of imagination to feel transported to a different era. It was as if a family or clan had gathered by the fire. We were perhaps missing the oldest generation. The youngsters sat beside mums and dads, bedtime postponed for a little adventure.

I’d heard most of the stories before as part of the storytelling workshops. It was different hearing them in the middle of a forest, late at night, in the firelight. I could almost see the fairy folk drawing near, enticed by a good tale, enthralled and listening just out of view. I imagined there was a sigh among them; that people had returned to the forest not to walk dogs or chop down trees, but to gather and tell tales, like they used to once upon a time. I thought about this present generation of people not here, playing death-dealing games on the computer or a dancing somewhere under strobe lights. This story telling event was something of a unique experience.  It was a soul feeding opportunity.

I had prepared my own story to tell. Indeed I had been telling it to myself in the car as I drove to the carpark. Having missed two of the workshops, I had missed my chance at making it on to the storytellers list. I didn’t mind. There will be another time to tell that tale.

The final story was new to me, a Welsh legend that involved a farmer, his son and a dark stranger. It was a tale of magic and dangerous deals. The boy and the dark stranger, a magician, turn into a variety of animals and fish as the one pursues the other. It was only when Merlin was identified as the son that I remembered the sequence from “The Sword in the Stone” cartoon. Someone once said that there are only six stories out there in the world. The thousands that are told change names and settings and quests – but they are essentially the same story.

I was thinking about last night, the climb up to the forest, the fire, the tales, the hot chocolate, the descent back down to the carpark – and how I had almost talked myself out of it. The threat of Storm Brian, the lure of Strictly and longing for comfort. Had I listened to that voice telling me not to go, I would have missed out on the event.

What other things do I talk myself out of doing?

There is so much to deter, distract and divert my attention and my energies. I don’t want there to be a pile of treasure in heaven I can never claim because I never climbed the hill, sat on the log in front of a fire and listened.

Imagine if no one had gone with Jesus to the tops of mountains, heard and seen the things He wanted to share the record in the gospels would be that much shorter, much less vibrant and challenging, paler somehow.

We don’t climb enough mountains. We are too obsessed with picking them up and hurling them out of our way.
Posted by meljkerr at 10:50 am