The talk around the coffee table at work this morning was all about Andy Murray’s US Open victory.  There was some yawning and passing around of matchsticks to keep the eye lids open.  A friend of mine listened to the match on the radio.

I confess that I didn’t even make it through the first set.  Breaking serve, followed by being broken in the next game is not conducive to a feeling of peace and harmony.  I retired to bed on the pretence of reading a book, but I checked the progress of the match on the computer in the next room.

My husband was convinced that Andy Murray was going to win. He had even considered a correct score bet on the way home from work but he knew that I had views about jinxing matches.  There is a deep seated conviction that even the action of my watching a game can jinx it.  Experience shows that Andy wins matches when I don’t watch.

Before I switched off the light and snuggled down to sleep, I prayed – not for an outright win for Andy – that seems an outright misuse of the gift of prayer.  Anticipating that the match would go on well into the early hours of the morning, and knowing that I had work the next day, I prayed that God would wake me up so I could see the final game and know the score.  Some would also perceive this as an outright misuse of prayer.  There was no sense that God had heard or that He would answer.

About two o’clock in the morning I woke up.

The inner voice spoke, “I’ve done My part in waking you up, as you asked.  It’s up to you to get up and go down stairs to switch the TV on.” 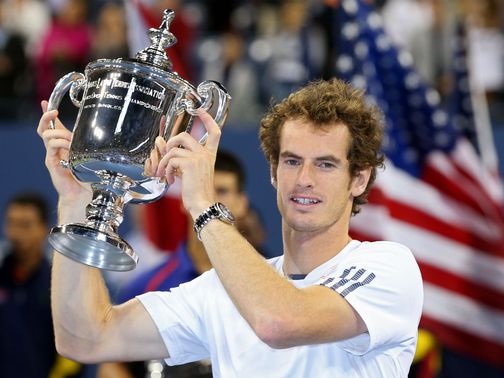 I fell out of bed and tumbled down the stairs.  My glasses were left on the bedside cabinet.  I switched on the TV and, right enough, it looked to be the last game.  Murray was serving for the match.  Nose almost touching the screen I watched as the ball flew from one side of the court to the other and Murray notched up the points, then lost a few till, finally, he had match point.  Nose touching the screen I watched the final ball played.

I watched the presentation and listened to all the speeches…and then I went back to bed.  I thanked God for waking me up as I had asked him to.

Climbing back into bed, the inner voice spoke yet again.

“The power of prayer…the promise to shift mountains, to pull down strongholds, to bind the enemy and release faith into people’s lives!  I give you all that and what do you ask for?  To be woken up at two in the morning to watch the last game of the US Open?”

Some might say the inner voice was my own inner voice and that waking up at the time that I did was just coincidence.  Some would say it – but not me.

It would not have hurt me to wait until the morning to find out the result.  It’s not as if I had watched much of the game anyway.

For me it is a reminder that God cares for me.  He is not just interested in the times when I use faith to move mountains or bring strongholds crashing down.  He most clearly draws me to Him and makes me fall in love with Him over and over again when He listens to the apparently unimportant things, the ordinary things - the small things that change nothing big.
Posted by meljkerr at 4:48 pm