Today is the last day of February and whoever it is who hosts Radio 2 was encouraging women in general to pop the question if they were at that stage in their relationships.

It reminds me that 1992 was also a leap year. I wasn’t married to my husband at the time but we had been courting for quite a while. We were of an age when all the wild oats had been sown and we had done our own stuff and were ready to settle down. We were also more mature age-wise than many people who get married. The biological clock might have been ticking, but I wasn’t desperate.

It was a leap year. I adored Joe. He was everything I wanted, everything I needed. I was, and still am, convinced that he was God’s gift to me.

The church was travelling down one weekend to Aviemore. Our sister church in Glasgow was coming up to join us for fun and fellowship. Rather than everyone taking cars or catching a train, we had hired a bus. It wasn’t a big church. We could all fit quite comfortably on one bus. The journey wasn’t a long one either, not much more than half an hour, but we indulged in non-musical chairs, enjoying fellowship with each other.

It was a leap year. I was in love. I was settled on Joe. I was waiting for a proposal. It was coming close to the end of February and I was giving serious thought to proposing myself. I wasn’t sure whether it was scriptural or not.

I sat next to the pastor of our church, Charlie. I shared with him my plans to propose to Joe and asked him if it was OK.

He didn’t raise any specific objections. There was nothing in the Bible that said I couldn’t propose. I don’t think he was entirely happy with the idea. Charlie was quite a traditionalist when it came to the roles of men and women, but he also recognised that Joe and I were not teenagers with out of control hormones. That we would marry he had no doubts.

Apparently Charlie had made it his business to go and visit Joe as soon as possible. February was into its last week and “the day” was fast approaching. Joe knew exactly why Charlie was there. I don’t think I had shared my plans with Joe about proposing – but he knew me well enough to guess what I was intending to do. 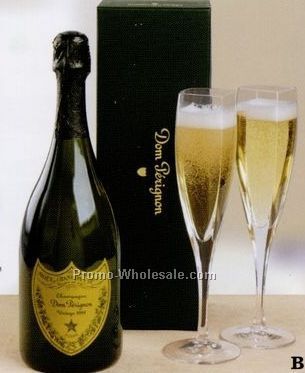 It was an awkward conversation. Charile was quite adapt at talking to young people who didn’t always know their mind. Clear infringements of the rules were easy to deal with – but leap year proposals didn’t fit into that category. Joe wasn’t about to make Charlie’s job any easier!

There was a lot of beating about the bush before Charlie took the plunge.

As it was, over the next couple of days, Joe was poorly and off work. “The day” was drawing nearer still. He couldn’t see how he could get to me before I got to him.

I turned up on his doorstep, like Florence Nightingale, with a tin of soup. We sat down in front of the TV with bowls of soup in hand. I think it was one of the Star Trek spinoffs that he detested but knew I liked. He switched off the TV, much to my annoyance, left the room to go into the kitchen and returned with the champagne and two glasses.

Question asked, answer given, moment marked with a sip of champagne and the TV was switched back on…but neither of us were really watching it.
Posted by meljkerr at 5:43 pm