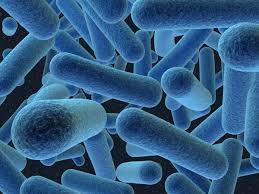 In Psalm 59 David’s enemies were all too visible. They may have tried to hide behind lamp posts in the dead of night, but he knew where to look and he knew what they were up to. He asked God to keep His eye on them and to scupper any plans that they had for his demise!

I was reading the Psalm this morning. I may have many visible enemies, and they might hide behind lamp posts and plot plans to cause me harm, but this morning I was thinking about the unseen enemies.

A couple of weeks ago I had really bad news concerning my sister. She was in hospital. It had been something relatively harmless and treatable, but suddenly became something less harmless. She was shifted into intensive care, nestled under a warren of tubes and some of her internal organs shutting down. She was slipping in and out of consciousness. I hated being so far away and so powerless to act. Such was my distress that I didn’t even seem to be able to pray, but sat mutely in God’s presence. I didn’t know what to do, but, like it says in scripture the Holy Spirit turned all those moans and groans and wordless expressions into a coherent prayer before God!

There was a huge improvement in her condition. I remember God asking me why I should be so surprised at that – didn’t I pray after all? Didn’t He listen? Didn’t He act, just like I had asked him to?

There was another phone call later on this week. Another sharp decline! She had gone into surgery to have cysts on her stomach wall removed. I was back to the throne room, this time, remembering her earlier recovery, not quite so silent, not quite so paralysed with anxiety.

As I was reading through Psalm 59, I wasn’t seeing men standing behind lamp posts, with guns concealed in pockets, but microscopic bugs and bacteria doing damage to healthy tissue and organs. I am glad that her condition isn’t a mystery. Doctors know what is wrong and they know what to do to put things right. She is not untreatable!

I prayed that her body would cooperate with the treatment and not fight against it, and through it all she would encounter God.