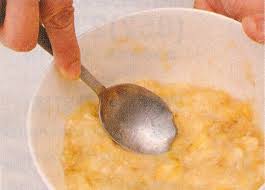 I am valiantly ploughing my way through one of the classics, Charles Dickens’ book “A Tale of Two Cities”. I picked it up in a charity shop a month or two ago.

At school I was deemed not intelligent enough to qualify for the top stream which tackled quality literature like Shakespeare. Placed in the middle stream we ambled along at a slower pace with a slightly dumbed-down syllabus. There were few expectations that any of us would amount to anything in the academic world. I broke the mould!

“A Tale of Two Cities” is somewhere in my husband’s top ten best reads. He admits that it was a long time ago when he read it, but he remembers it as a rattling good yarn. I am not so sure that he is not remembering the black and white film of it, which is also a rattling good yarn! Dickens has a way with words, as we all know. Where twelve carefully chosen ones would do, Dickens eaks it out to a paragraph or two! Where a concisely written paragraph of action is sufficient, Dickens spreads it over two or three pages! I loose myself in the maze of clauses and sub-clauses, and have to retrace my steps to find out what was at the beginning of the sentence!

It’s just not how people write these days. Short sentences that go in a straight line, without meandering make up most of the books I read.

A W Tozer in one of his books makes the point that we have lost the art of reading through difficult prose. The heavy theological tomes that the fathers of the faith either wrote themselves or read are left on the shelf. We look for short and snappy ideas, where the writer spoon feeds us the mashed banana version of something much chewier!

Our mental muscles are atrophied and we don’t even know it.

I think that by challenging myself to finish “The Tale of Two Cities”, I am in the process trying to halt my mental laziness. If I can finish Dickens I will feel that my mind has become a little less flabby and piled on a little more muscle.

I don’t want to be lazy in my apprehension of scripture either. I don’t want the mashed banana version of doctrines either. I want to know what I believe, and know why I believe it. I just want a little bit of depth and a little less fluff!
Posted by meljkerr at 10:07 pm